As an undergraduate at USF Sarasota-Manatee campus, biology student Alexander McClure was not satisfied with undertaking just one research project. Instead, he completed three. Before graduating in December with a bachelor’s in biology and minor in applied statistics, McClure explored wide-ranging topics such as statistics-based economics, the microbiota of mosquitoes and analytic factors affecting natural water sources in Costa Rica.

“Each of my research projects has had many surprises and each one was entirely unique,” McClure said. “As I was conducting research, it became clear that there are so many threads that could lead to entirely new projects, but you must take things one step at a time and manage what you already have on your plate.”  The first research project McClure conducted was “Factors of Unemployment” with faculty advisor Michael Snipes, PhD. The statistics-based analysis centered on factors contributing to unemployment in the United States, Japan and the United Kingdom. His findings were presented at the 2016 USF Sarasota-Manatee campus Student Showcase for Projects, Research and Innovation. McClure then moved to a continuation of projects USF Sarasota-Manatee campus faculty advisor Aparna Telang, PhD, had previously completed that focused on the microbiota of the Southern House Mosquito, Culex quinquefasciatus. The project’s underlying intent was to identify potential bacterial mutualists present in this variety of mosquito, which could potentially lead to a method of controlling mosquito populations.

The year-long study began in Spring 2017, and McClure learned techniques such as mosquito rearing and dissection, and ultimately improved his working understanding of polymerase chain reaction and QIIME (Qualitative Insights into Microbial Ecology) for analysis of the variety of bacteria present. The work led to a paper, “Metagenome and Culture-Based Methods Reveal Candidate Bacterial Mutualists in the Southern House Mosquito (Diptera: Culicidae),” that was published in the Journal of Medical Entomology. Also in 2017, McClure studied distinct water sources in two rainforests in Costa Rica as part of the Research Abroad program with chemistry and biology instructor Edie Banner, PhD. There, he collected water from sources including rivers, streams and ponds in the rainforest and performed analysis on each sample. As a result, McClure in 2018 created an outline for a potential community outreach activity targeting middle- or high-school-aged students to analyze local water sources. The research experience and support from USF Sarasota-Manatee campus faculty during his undergraduate career inspired him to pursue medically-oriented research. “I was always learning new things during my research projects,” McClure said. “At every turn there was something new, either expanding on previously obtained information, improving on techniques or finding something entirely new. The professors I worked with were amazing. They were always able to provide aid, support, advice and instruction in the face of the more difficult challenges.”

Tracie Meyers’ undergraduate research provided her with the tools to directly impact the world of blockchain and cryptocurrency. Her goal? To create a sustainable economic system for a utility (cryptocurrency) token.

Myers graduated in Fall 2018 with a bachelor’s in information technology and a concentration in project management. Data mining drew her into the blockchain community, from which her interest evolved into researching cryptoeconomics, the science of designing protocols that govern the production, distribution and consumption of goods and services in a decentralized digital economy. She is now a cryptoeconomics data analyst with Pocket Network, a Tampa-area based company offering decentralized infrastructure to build on any blockchain. According to Pocket Lead Blockchain Developer and USF alum Andrew Nguyen, the company relays data requests and responses to and from any blockchain system. Pocket verifies all relayed data and proportionally rewards the participating nodes with native cryptographic tokens called POKT.

This cryptographic utility token is given as a reward to nodes for work done and good behavior. Developers stake POKT to use the Pocket network to relay data requests and responses to and from any blockchain. While at USF Sarasota-Manatee campus, Myers launched her own blockchain consulting and project management agency, TM Analytics, and delved into in-depth research on utility tokens with the support of faculty advisors Sunita Lodwig, PhD, and Bhuvanesh Unhelkar, PhD. She continues that research today and utilizes it in her role at Pocket Network, where she performs quantitative analysis on the token model and recently led the writing of its standards. A go-live date for the network is scheduled for early 2020.“The token model is unique as there is no cap and virtually no ‘cost’ to use the network,” Myers said. “Users will stake (pledge) tokens to use the infrastructure and can later un-stake and have their tokens returned. The unique challenge of this is to predict behavior based on rewards, penalties and price of the token.”

“The entire utility token system can be created based on numbers and math, but how someone will act based on different variables – rewards, penalties and price of the token – is interesting.” 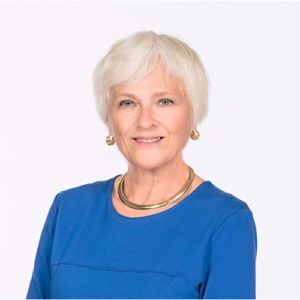 From the Regional Chancellor 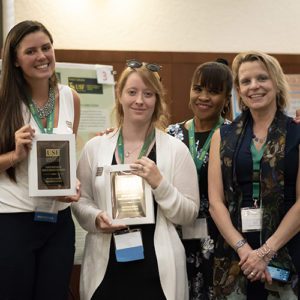