The gunman drove to the front door of the Al Noor mosque in Christchurch, New Zealand, entered the building and fired indiscriminately for about five minutes during afternoon prayers, killing 41 people. When he had finished, he drove three miles east to the Linwood Islamic Centre, where another seven people were shot dead.

Between the shootings, as the gunman drove off, the song “Fire” by English rock band The Crazy World of Arthur Brown could be heard blasting from the speakers. The singer shouts, “I am the god of hellfire!”

The March 15, 2019, massacre was described as the worst mass shooting in New Zealand’s history. The gunman, a 28-year-old Australian, was quickly identified as a white supremacist. Minutes before the attacks, he emailed a 74-page manifesto expressing anti-immigrant sentiments and hate speech against migrants and calling for the removal of non-European immigrants from Europe.

What triggered his deep-seated hatred? Why was he compelled to resort to such extreme violence? And what warning signs, if any, were evident prior to his murderous rampage?

USF researchers Jessica Grosholz, an associate professor of criminology, and Zacharias Pieri, an assistant professor of international relations and security studies, both teach on the Sarasota-Manatee campus. They are undertaking a study to explore early indicators and drivers of violent extremism connected to white nationalism. Specifically, the two are examining music associated with the white power movement and how it reflects and influences the movement. 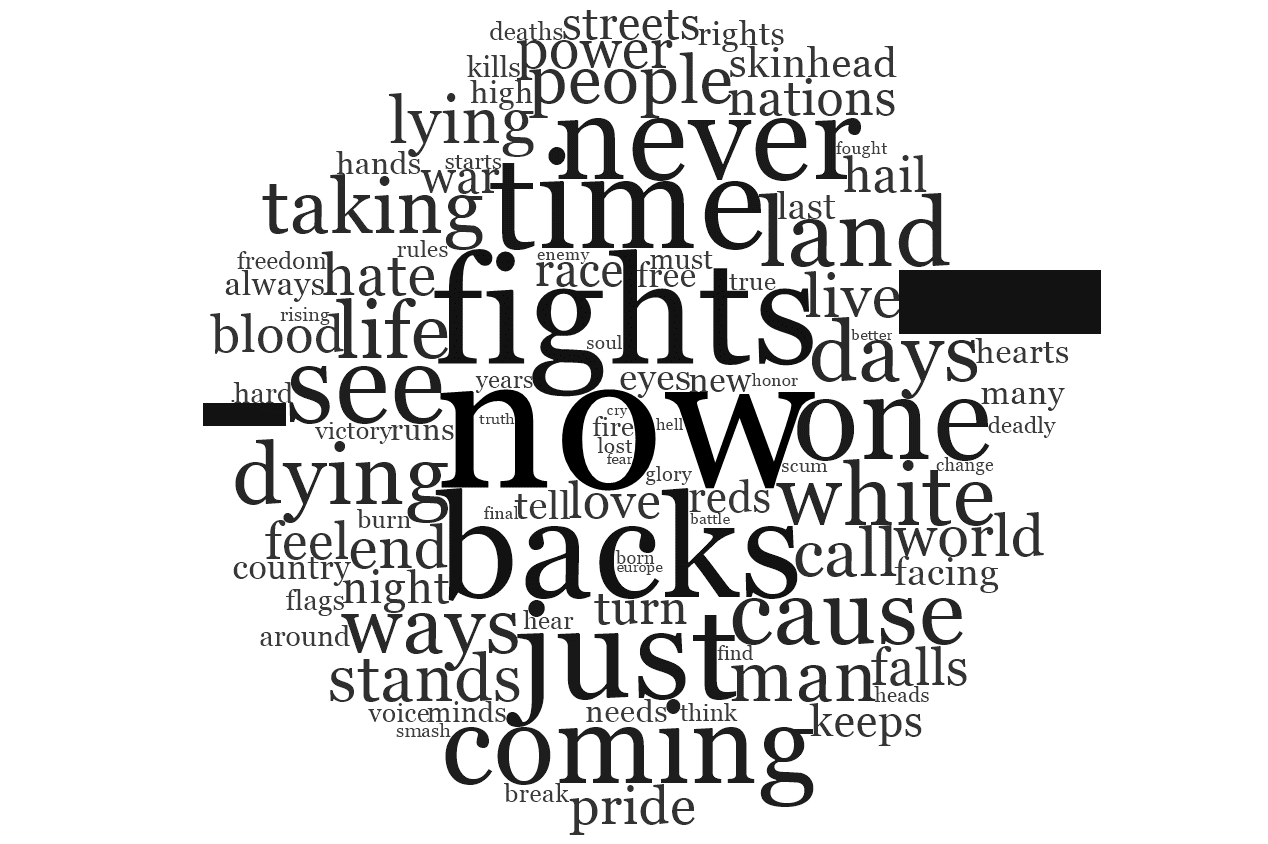 “We want to look at the extent to which these kinds of ideas are present in and shaping the world outlook within this culture,” said Pieri, who previously examined the jihadist movement Boko Haram in “Boko Haram and the Drivers of Islamist Violence.”

He says that like other extremist movements, white supremacy indoctrinates and binds adherents through rhetoric and symbols that frequently appear in speeches, videos, music and other media. Much of the music associated with white power falls under the category of heavy metal rock and is replete with hate-filled lyrics and violent, extremist ideology. Grosholz and Pieri are examining key themes and narratives within the songs.

“This music allows us to get into that mindset and see what is important to these people,” Grosholz said. “It’s interesting: music can be seen as a recruitment tool to pull people in, and it can also be used to provoke action, in this case extreme violence.”

The researchers began collaborating about a year ago after noting a sharp uptick in ethnic- and religious-affiliated violence, including the Christchurch mosque attacks; the Pittsburgh synagogue shooting on Oct. 27, 2018, that claimed 11 lives and the Charleston church shooting that killed nine black church members on June 17, 2015.

They began by looking at Justice Department and FBI files and combing through white supremacist music online. Once available on mainstream platforms like Facebook and YouTube, much of it in recent years has been pushed to alt-right sites on the “dark web.” So far, they’ve compiled a database of more than 700 songs from 65 bands.

Grosholz and Pieri are seeking grant funding that would enable them to hire interns to begin the second stage of their research-interviewing white supremacists about their music choices. Many of the songs are disturbing odes to violence and racism, in some cases calling for the removal of blacks from society and the brutal assault and killing of minorities.

“Many of these songs are exceptionally disturbing and vulgar,” she said. “We’ve learned to limit ourselves to no more than three or four hours at a time.”